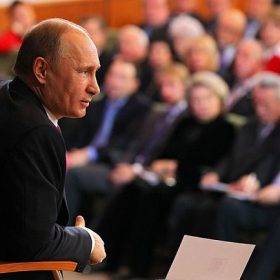 After Russia invaded Ukraine last February, the European Union blocked Russia Today and Sputnik, Kremlin‘s two main channels that spread propaganda and disinformation about the war. Nearly six months later, the number of sites disseminating the same content has skyrocketed as Russia has found ways to evade the ban. They have renamed their work to disguise it. They shifted some propaganda duties to diplomats. And they cut and pasted most of the content onto new websites that had no apparent ties to Russia until now. This further shows that the conflict between Russia and Ukraine has another equally important front.

Some of these sites pose as independent think tanks or news channels. About half of them are in English, while the others are in French, German or Italian. Many of them were founded long ago and were not evidently linked to the Russian government. Still, after the Russian attack on Ukraine, they suddenly started parroting Kremlin theses. Moscow is thus very likely creating so-called sleeper sites. These are websites set up for a disinformation campaign that is largely inactive, slowly building an audience through innocuous or unrelated posts and then switching to propaganda or disinformation at the appointed time.

Claims on these sites include allegations that the Ukrainian military has staged several deadly Russian attacks to gain global support, that Ukrainian President Volodymyr Zelensky is faking public appearances, or that Ukrainian refugees are committing crimes in Germany and Poland.

The actions of large digital companies have also had a limited impact on the spread of Russian disinformation. YouTube, TikTok and Meta, which owns Facebook and Instagram, have pledged to remove RT and Sputnik from their platforms within the European Union. However, researchers have uncovered that in some cases, it was enough for Russia to avoid the ban by posting from another account within those services.

Moscow is also looking for other ways to circumvent the EU measures. An example of such a think-tank is Russian citizen Aleksandr Viktorovich Ionov, who lives in Moscow and founded and runs the Antiglobalist Movement of Russia (AGMR), a Russian “think-tank” that supports separatist movements in the United States and even convened a conference in 2015 with separatist groups from the United States, Europe, and Ukraine. The Russian government funds the AGMR through grants, and Ionov is a known Putin supporter – on the walls of the AGMR office is a thank-you letter from Putin for Ionov’s “work to strengthen the friendship between people.”

Moreover, Russia has also been shown to be funding American conspirators. According to new Foreign Agents Registration Act records filed with the Justice Department, a Russian media outlet has agreed to pay American conspiracy theorist Benjamin Swann approximately $6.8 million to produce Kremlin propaganda on topics such as the war in Ukraine and the U.S. “culture wars.” The registration statement on August the 5th  said the contract is “solely for the purpose of creating video content for television markets in India, China and South America” and “is NOT for distribution or dissemination WITHIN the United States.” Russian propaganda, however, often spreads quickly online. According to Axios, which first reported the filings, the programs are part of the Kremlin’s ongoing “information warfare” in the wake of the global response to Russian President Vladimir Putin’s invasion of Ukraine.

Another tool Russia is using to spread disinformation is its diplomats, to whom it has shifted some propaganda duties. Russian embassies and consulates around the world make extensive use of Facebook, Twitter and other platforms to deflect blame for atrocities while trying to undermine the international coalition supporting Ukraine. Some Russian embassies, such as those in the United Kingdom and Mexico, are particularly active, spewing pro-Russian propaganda and spreading lies aimed at encouraging the invasion.

In addition to its own diplomats, Moscow is also targeting diplomats and officials in countries such as Bulgaria in spreading disinformation narratives. The Kremlin has been paying Bulgarian journalists, political analysts, and other influential citizens €2,000 a month to post pro-Russian content on the internet. AR reports, citing a senior Bulgarian official: “When Bulgaria, Poland and other former Warsaw Pact countries supported Ukraine on the side of their NATO allies, Russia responded with a wave of disinformation and propaganda,” the publication said.

Russia is clearly adapting to EU measures and looking for new ways to spread its narrative. It is clear that the fight is not only on the battlefield but also on the social media front. Russian activity in this area has increased significantly since the attack on Ukraine. Therefore, it is essential that the EU actively adapts its measures in the face of Russian disinformation and continues to seek out accounts spreading pro-Russian propaganda, as well as introducing new and more effective measures.