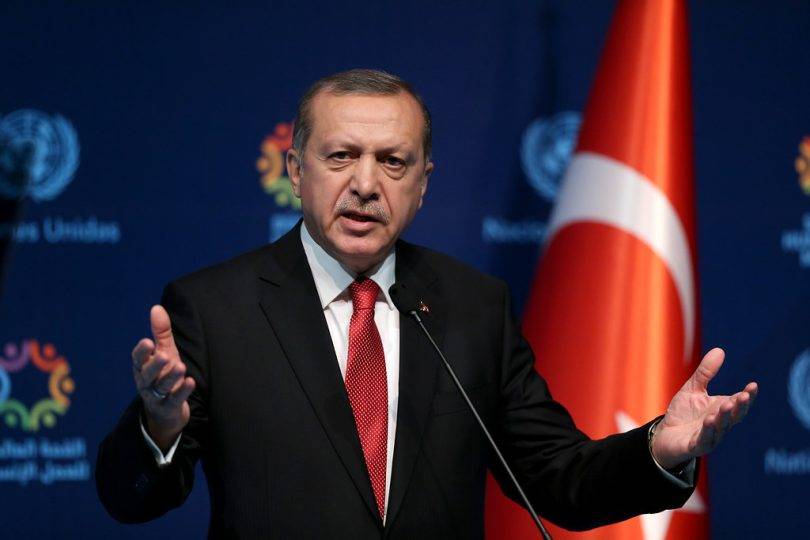 Turkish President Recep Tayyip Erdoğan reiterated on Saturday that Ankara continues to oppose the accession of Sweden and Finland to NATO. According to him, the previous talks with both countries have not brought the desired progress. Being able to join the Alliance requires the consent of all its 30 members, including Turkey. Why did Ankara decide to oppose NATO enlargement, and what does it expect to gain in return?

Ankara has been blocking the accession process to be given concessions from the Alliance. Turkey’s importance in NATO has further grown due to the Russian invasion of Ukraine. Ankara believes that the West will do almost anything to keep Turkey on its side. In addition, the Turkish leadership is convinced that the West has not given it as much respect as the country deserves – being a regional power. Vetoing is, therefore, a tool by which Erdoğan seeks to remind the rest of the Alliance of the importance of Turkey as a partner. The position of the Turkish government is also shared by the local opposition as it has been criticizing the officials only for not dealing with the situation more discreetly.

At the same time, Turkey’s rejection of NATO enlargement is in line with the country’s efforts to balance between the West and Russia in the context of the conflict in Ukraine. In addition to sending a signal to Moscow that it remains impartial, Turkey’s primary concern is potential further escalation resulting in an open conflict between NATO and Russia, in which case it would necessarily have to choose one side or the other. Especially given the already bad shape of the Turkish economy and its vulnerability to both Russia and the West, this would mean a disaster for Erdoğan. In this regard, Turkey is interested in a quick and peaceful settlement of the dispute, ideally mediated by Ankara.

Turkey’s position also stems from a historical experience when Ankara agreed to Greece re-joining the military wing of the Alliance in the early 1980s without Athens first meeting Turkey’s demands. The disputes between Athens and Ankara continue to this day, and in Turkey, this case has long been considered one of the most fundamental mistakes in its foreign policy. Therefore, Ankara can be expected to insist on fulfilling at least some of its requirements before giving its consent to the accession of Sweden and Finland.

Official demands from the Turkish side include, in particular, that both Finland and Sweden recognize the Kurdistan Workers’ Party (the PKK) and its affiliates (especially the YPG) as terrorist organizations, end their support, and suppress activities of their supporters within Finnish and Swedish borders. Turkey also demands the extradition of 33 individuals, which Ankara describes as terrorists linked to the PKK or FETO – both Finland and Sweden vehemently reject these claims. These requirements reflect the actual security interests of Turkey. Ankara has long felt that the West, and in this case, Sweden in particular, has not only been ignoring its security concerns about the PKK and FETO but has also been granting asylum to members of these organizations.

The second requirement is to lift the embargo on arms exports to Turkey that Finland and Sweden, together with other EU countries, imposed on Turkey following the Turkish operation in Syria against the Kurds in 2019. From Turkey’s point of view, this is a matter of principle rather than pragmatism, as the volume of the arms trade between the Nordic countries and Turkey was negligible. As a result, both Stockholm and Helsinki can be expected to be willing to meet this requirement.

In addition to these explicit demands on Finland and Sweden, it is likely that the efforts of the Turkish president are primarily trying to get concessions from the United States and the rest of the Alliance. The announcement of another Turkish operation against the Kurds in Syria suggests that another Turkish intention may also be to end the cooperation between the USA and SDF /YPG in Syria, at least to the extent that Ankara will be able to establish a coherent buffer zone along the Turkish-Syrian border. The veto may also be intended to force the White House to start a direct dialogue with Ankara, as the US President Biden, unlike Trump, has been largely ignoring Erdoğan. Alternatively, there might be an attempt to get concessions on the sale and modernization of the F-16 or to make some progress in other controversial areas, such as the exclusion of Turkey from the F-35 program – sanctions imposed after the purchase of the S-400.

The best-case scenario is that Ankara, after it obtains some symbolic concessions, which Erdoğan can present to his domestic audience as his victory, allows Sweden and Finland to join the Alliance. The risk, in this case, is mainly Ankara’s tendency to overestimate its capabilities as well as the willingness of the West to make constant concessions. With the upcoming elections in Turkey approaching, the domestic position of the Turkish president is vulnerable mainly due to the deteriorating economy, making it even more imperative for Erdoğan to gain at least partial victory over the West to promote at home. Should NATO be unwilling to make any concession (especially on the PKK/SDF/YPG), the president may, under pressure, prolong and deepen the dispute with NATO in an attempt to win the next elections. Amplifying his strongman image by focusing on an international crisis could resonate among the Turkish electorate.