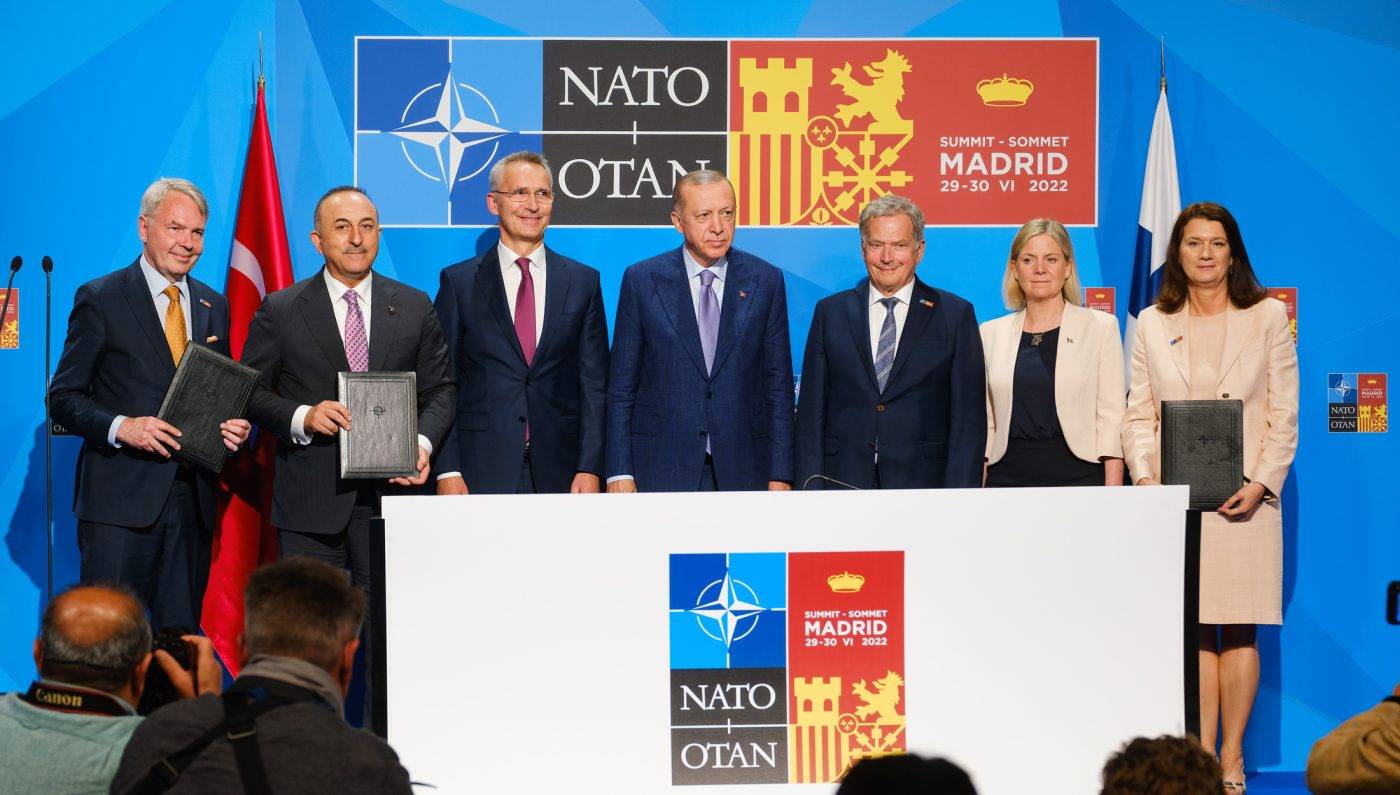 Turkey has agreed to lift its veto on Sweden and Finland joining NATO, thus removing a key obstacle to the opening of accession negotiations with both countries. The announcement came after Turkish President Recep Tayyip Erdogan had met with Swedish Prime Minister Magdalena Andersson and Finnish President Sauli Niinistö just before the NATO Summit in Madrid.

The foreign ministers of all three countries signed a joint memorandum addressing Turkey’s concerns related in particular to alleged support for Kurdish militants. Prime Minister Erdogan has accused Sweden and Finland of sheltering Kurds, whom Turkey considers terrorists. He also objected to the arms embargo imposed on Turkey by the two Scandinavian countries following its incursion into Syria.

NATO Secretary-General Jens Stoltenberg said Sweden had agreed to take Turkish extradition requests of terror suspects more seriously. There have also been changes in Sweden’s legislation on the fight against terrorism, in which Sweden and Turkey are to work together as NATO partners in the near future. Swedish Prime Minister Andersson described the agreement as “very good” and rejected claims that she had made too many concessions to Erdogan.

The day after the signing, Ankara decided to test how ready the two countries were to honour their commitments under the memorandum by requesting the extradition of 33 people suspected of being members of the PKK or the Gulen movement. Ankara considers both to be terror organisations.

Turkey is likely to have been persuaded to lift the veto on Finland and Sweden, particularly by the involvement of the U.S. in the negotiations. The Turkish president has long sought to gain direct access to President Biden, particularly in an effort to win White House support for the sale of U.S. F-16s to the Turkish air force. Statements by U.S. officials suggest that Ankara may have gotten closer to its goal precisely in exchange for its agreement with Helsinki and Stockholm joining NATO.

At the NATO Summit and the recent G7 meeting, Western states focused mainly on issues related to Russia’s aggression against Ukraine. The aggression itself has caused concern among the Scandinavian states and their interest in the membership in the defence alliance. For Russia, the new events represent a significant political signal. Before the invasion of Ukraine, Kremlin argued against NATO’s expansion and alleged imperialism. Now it will be neighbouring a new member of the alliance, with which it will share a 1,300-kilometre border.

For NATO, the new members are strategically located, partly because of the border with the Russian Federation, but also because of their access to the Baltic Sea and proximity to the Baltic states. According to Stoltenberg, the alliance will focus on strengthening its presence in this strategically important region. The agenda for the next days of the NATO Summit in Madrid will focus mainly on strengthening the bloc’s defenses against Russia and support for Ukraine. Other points to discuss will be the investments to the alliance’s budget, increasing the rapid reaction force, and reinforcing military stocks in Eastern Europe.