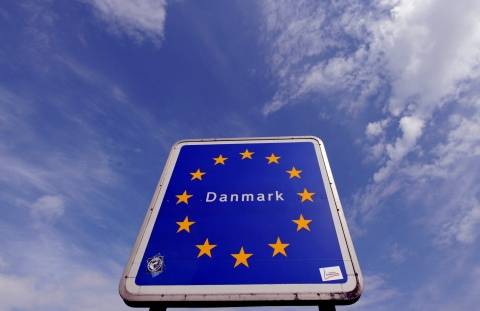 Denmark agreed to join the EU’s common security and defence policy in a referendum triggered by Russia’s war in Ukraine. The Russian invasion of Ukraine helped to change the long-term skepticism the Nordic country showed towards deeper European integration. Copenhagen’s alignment with the European security structure is another step toward strengthening military cooperation in Europe.

In 1992, when the Maastricht Treaty was being negotiated, the Danish citizens refused it in a referendum. On a second try, in 1993, the Treaty passed, but only after the Danish government got a permanent opt-out in four areas, one of them being the EU’s common defence policy.

On June 1st, 2022, another referendum was being held in Denmark. This time the question was whether to abolish its EU opt-out from security and defence policy. 67% of the voters expressed their will to scrap it. Prime minister Mette Frederiksen stated that Denmark “sent the signal to allies in NATO, in Europe. And have sent a clear signal to Putin.”

It is a breakthrough moment for the Nordic country since, until recently, Copenhagen had been mostly Eurosceptic despite being an EU member. For example, besides the opt-out in the four mentioned areas, there was also an unsuccessful referendum about adopting the euro in the past.

This means that after thirty years, Denmark can join both civil and military crisis management missions of the European Union. Most probably, it will participate in missions in Bosnia and Herzegovina or Somalia. Even if Denmark’s decision to join the defence structures of the EU would not have as significant political impact as did the decision of Sweden and Finland to join NATO, it shows the trend of strengthening the cooperation and common defence on the continent in reaction to Russian aggression towards Ukraine. The strongest political parties in Denmark also agreed on increasing the spending on defence to 2% GDP, which is the value NATO demands from its members.

While the Danish government speaks about getting closer to Europe and increasing the country’s ability to protect itself, their opponents accuse the government of abusing the war on Ukraine to reach its own goals and warn against a big economic burden and possible loss of sovereignty.

The Russian invasion of Ukraine is changing the geopolitical picture of the whole world. The majority of the West-oriented states show their disapproval of Russian activity, be it by application of economic sanctions or by direct military support of Ukraine. Some countries are also changing their foreign policy. It is for example Germany, which is no longer eager to trade with Russia in large, or Sweden and Finland that after decades of neutrality abandoned this stance and applied for NATO membership. Another state changing its attitude is Denmark.