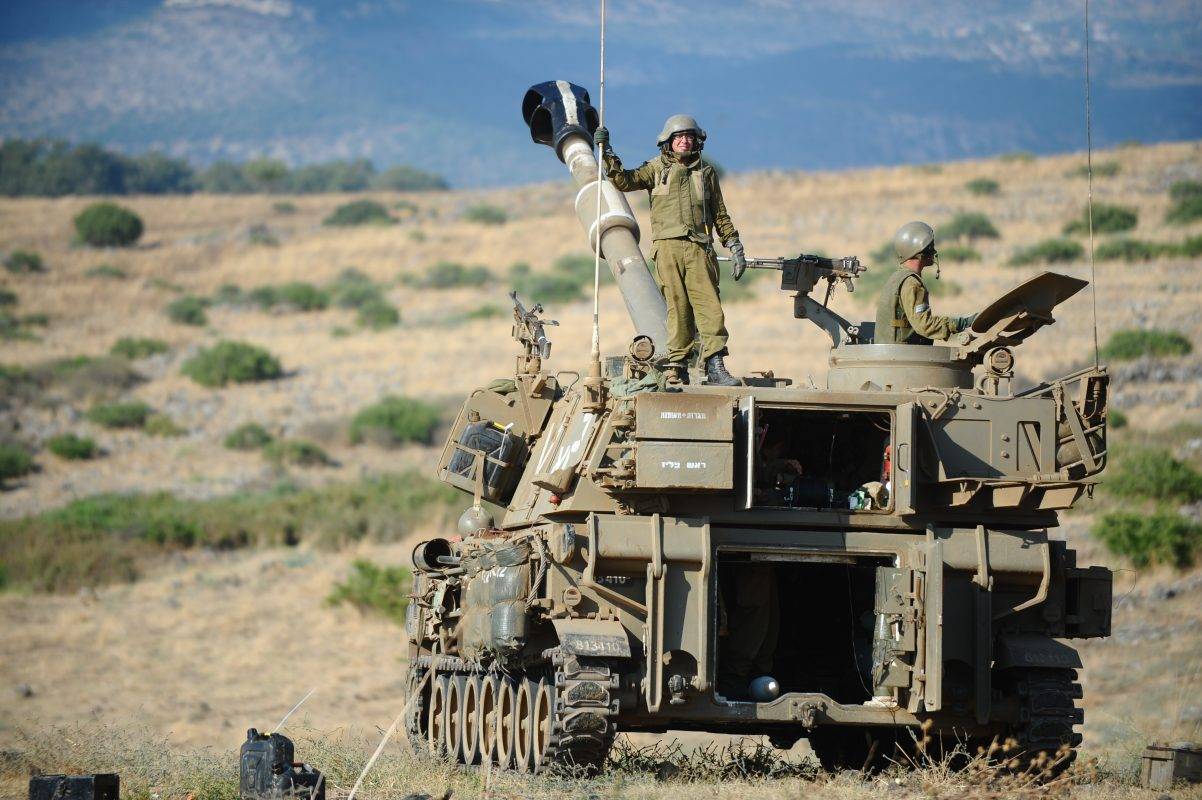 Russia’s aggression against Ukraine has, indirectly, led to a significant strengthening of NATO’s eastern wing defences. In addition to increasing the number of Allied forces troops on NATO’s eastern border, the conflict has also provided a strong impetus for the modernisation and development of the armed forces in the member states of the Alliance in Central and Eastern Europe. While some countries have been strengthening the capabilities of their armed forces for a long time (Poland and Hungary), others (the Baltic states) were forced to start an accelerated modernization process. The origin of the newly acquired weapons and military equipment also indicates which military giants in NATO are perceived as strategic allies by the Eastern Wing member states.

The Baltic states are among the most vulnerable members of the Alliance – given their size and geographical location. Therefore, Lithuania and Latvia have kicked off negotiations to purchase more than 120 Boxer infantry fighting vehicles of German origin. Estonia and Sweden have decided to join the Finnish-Latvian Joint development programme for Common Armoured Vehicle Systems (CAVS) based on Patria 6×6. Estonia is also planning to acquire Norwegian anti-aircraft systems NASAMS. It is expected that the defence industry cooperation between the Baltic states and Scandinavia will be strengthened even more after Finland and Sweden join NATO. In the meantime, all three Baltic countries have decided to increase their defence budgets, currently exceeding the 2% generally targeted by NATO members (Lithuania set the target to 2.52% and Latvia and Estonia to 2.5%).

The V4 countries began their modernisation programs even before the outbreak of war in Ukraine. The Czech Republic decided to get rid of its T-72M tanks (later sending many of them to Ukraine together with BVP-1s) and keeps only the modernized T-72M4CZ version in its arsenal. According to the information available so far, the Czechia plans to procure 50 new Leopard 2A7 + tanks and a smaller number of older Leopard 2A4 tanks, which will be used primarily for training. However, unlike the Slovak Republic, the Czech Republic has suspended the procurement of new infantry fighting vehicles. In contrast, Bratislava has only recently completed the procurement of wheeled combat vehicles – with the Finnish Patria 8×8 AMVXP being the winner. While the modernisation of the tank fleet in the case of the Czech Republic is a direct consequence of the conflict, the Slovak acquisition of armoured vehicles has been planned for several years. Both countries are also actively looking for ways to incorporate unmanned combat aerial vehicles into their air forces – and there is no doubt that it has been the deployment of drones in Ukraine that further increased interest in such systems.

Hungary also started a major modernisation of its armed forces before the outbreak of the conflict in Ukraine. As a part of the Zrínyi 26 program, the country practically changes the equipment of its entire army – from heavy vehicles (ordering Leopard 2 tanks, local production of Lynx tracked armoured vehicles), to artillery (procurement of German Panzerhaubitze 2000 or planned acquisition of the latest German 155mm systems on HX3 chassis) and plans to buy new fighter jets. It is also interesting to see that Budapest has ordered the latest version of the Czechoslovak training aircraft L-39NG. Hungary’s new Minister of Defense, Kristóf Szalay-Bobrovniczky, has close trade relations with Aero – the aircraft manufacturer.

Poland has a different arms supplier, choosing the overseas United States as its leading supplier – unlike the other countries mentioned above, which rely on European defence companies. Poland surprised the public by announcing the acquisition of up to 500 HIMARS missile systems. This number exceeds all vehicles of this type introduced into the armed forces’ equipment of several countries (including the United States). Poland would thus become the second country of the V4 block with missile systems within the artillery army (after Slovakia, which has RM-70 Modular rocket launchers). As a part of the second step of the WISLA modernisation program focused on anti-aircraft defence, Warsaw will purchase another 6 Patriot systems. The modernisation program started already in 2018 – 4 years before the invasion. There is also the possibility that the United States will accelerate the delivery of Abrams tanks, of which Poland ordered up to 250 pieces. The acceleration of deliveries through the Lend-Lease program is mainly related to the need to obtain compensation for T-72 tanks, which Warsaw donated to Ukraine.

However, not all countries have responded to the conflict in Ukraine by increasing military spending or launching new modernisation programs. Romania and Bulgaria lag behind. The military conflict in their vicinity did not significantly force the countries to expand or modernise their armed forces. However, Bulgaria (or Defense Minister Dragomir Zakov) has announced plans to modernise its army (without further specification), while Romania continues with the modernisation of its fighter jets.

In case of Poland and the Czech Republic, accelerated purchase and replacement of equipment occur due to the donation of previously used equipment to Ukraine. While Prague will receive German Leopard 2A4 tanks for supplying its T-72 MBTs to Kyiv, Warsaw is promised a faster delivery of American M1 Abrams as a replacement for its T-72s. Czechia also provided infantry fighting vehicles to Kyiv, including the delivery of Mi-24 combat helicopters. Purchase of their replacement – AH-1 Cobra, has been planned by Prague for a long time. Slovakia donated the S-300 strategic anti-aircraft system, for which the Patriot Alliance systems, deployed in Slovakia, became a temporary replacement. Slovakia and Ukraine have only recently confirmed the purchase of 8 pieces of self-propelled howitzer Zuzana 2 manufactured in Slovakia. The Baltic countries and Romania also confirmed they would send various types of weapons and ammunition to Ukraine. Bulgaria announced its willingness to repair Ukraine’s heavy equipment. Hungary stays indifferent and the development of forces and the purchase or sale of equipment were not affected by the war in Ukraine.

The conflict in Ukraine forced the Baltic States to invest more in modernisation of their armed forces. In the V4 states, especially Hungary, the process began already before the outbreak of the conflict. The war has not significantly changed the modernisation process of the armed forces in Romania and Bulgaria. While most Eastern Alliance member states choose to procure the equipment from Europe, Poland opted to purchase from the U.S. This decision might be based on Poland’s anti-Russian stance, which is not shared by Germany – currently the leading European arms provider and the primary weapons supplier to Hungary. The possible accession of Finland and Sweden to NATO opens up better access to the Alliance market for both countries – as we have seen in the case of Latvia and Slovakia.