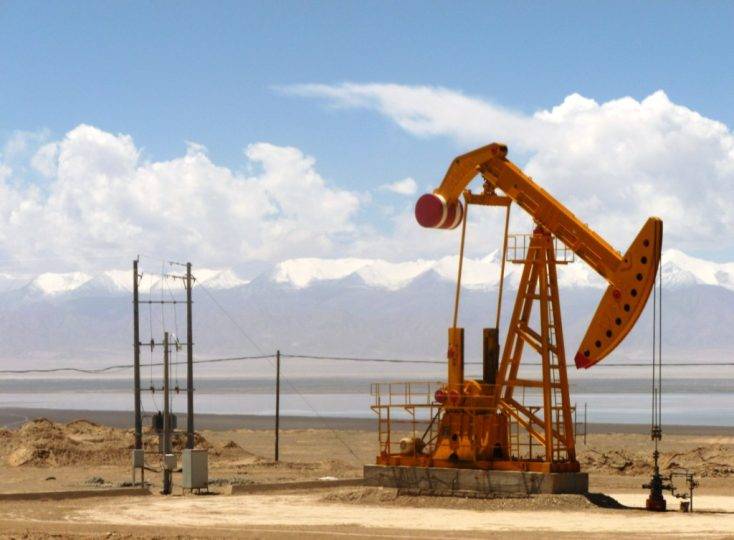 Kazakhstan’s President Tokayev said in early July that the Central Asian country, rich in oil and gas, was keen to support the EU in overcoming the energy crisis that has arisen as a result of Russia’s invasion of Ukraine. Moscow responded to these comments by closing the Novorossiysk oil terminal on the shores of the Black Sea, through which most of Kazakhstan’s oil flows to the world. Nevertheless, does Kazakhstan have the potential to at least partially meet European demand for fossil fuels?

For the last few decades, Kazakhstan, with its multi-vector foreign policy, was wedged between foreign policies toward Russia, China and the EU. Ever since the Russian invasion of Ukraine, the current Kazakh president has been sending signals that Kazakhstan’s traditionally cautious foreign policy towards Moscow may be changing. This was evident, for example, during the St Petersburg International Economic Forum in June this year, where Tokayev “confronted” the Russian president and declared that Kazakhstan would not recognise the independence of the Luhansk and Donetsk republics. In July, he ordered the government to explore ways to bypass Russian territory when exporting Kazakh oil.

Kazakhstan is currently the fifth largest supplier of oil to the European Union and the pipeline that runs to Novorossiysk, the source of 80% of oil exports to the EU, also accounts for a significant part of Kazakhstan’s GDP. However, Kazakhstan is currently dependent on Russian infrastructure for its oil exports to the EU, and the frequent closures of the pipeline by the Russians also threaten Kazakhstan’s economy. Although Moscow has since reopened the Novorossiysk terminal, there is no guarantee that it will not take a similar step again during the winter in order to put even more pressure on the EU. However, Kazakhstan has stepped up energy cooperation with the EU in recent months, at least in some areas, with an increase in coal supplies to Brussels. In addition, the Central Asian country also accounts for 21% of European uranium demand and this share may grow even more in the future, especially if Russian supplies are cut off.

Of particular importance to the EU in Kazakhstan’s efforts to diversify its oil export routes is the trans-Caspian pipeline project, which is to bypass Russian territory under the Caspian Sea and through the southern Caucasus and Turkey. In addition, since the invasion of Ukraine, diversification infrastructure projects in the region have also received increased support from countries in the South Caucasus, through which Kazakh oil would eventually flow to Europe. The aforementioned trans-Caspian pipeline would thus potentially link oil deposits not only in Kazakhstan but also in Uzbekistan and Turkmenistan, connecting them via the Caspian Sea, Azerbaijan and Turkey to EU customers. Such a project, however, would require significant investment (approximately four billion US dollars) coupled with legal challenges, construction that could take years, and potentially face Russian opposition.

Kazakhstan is seeking greater autonomy in foreign policy, including through diversification of resources. However, it will not risk a significant deterioration in relations with Russia. This stems not only from geopolitical realities but also from Kazakhstan’s strong commercial ties to Russia and its ability to use energy as a weapon. The reluctance to recognise the independence of the breakaway republics stems mainly from the fact that there is also a large Russian community in Kazakhstan, and official recognition could set a dangerous precedent for the future.

In the short term, Kazakhstan is certainly not an alternative for Russian oil to the EU. Alternatively, the Central Asian country can increase its supplies via sea tankers to Azerbaijan, from where oil flows to the European market via Baku-Tbilisi-Ceyhan. This solution would ultimately be even more expensive than building a new pipeline but would come into consideration especially in the event of similar outages from the CPC pipeline. In the long term, the solution would be a pipeline across the Caspian Sea, however, its construction would be not only costly but also time-consuming. Moreover, if the European Union were to be involved in financing this project, it would conflict with the objectives set out in the so-called Green Deal for Europe.