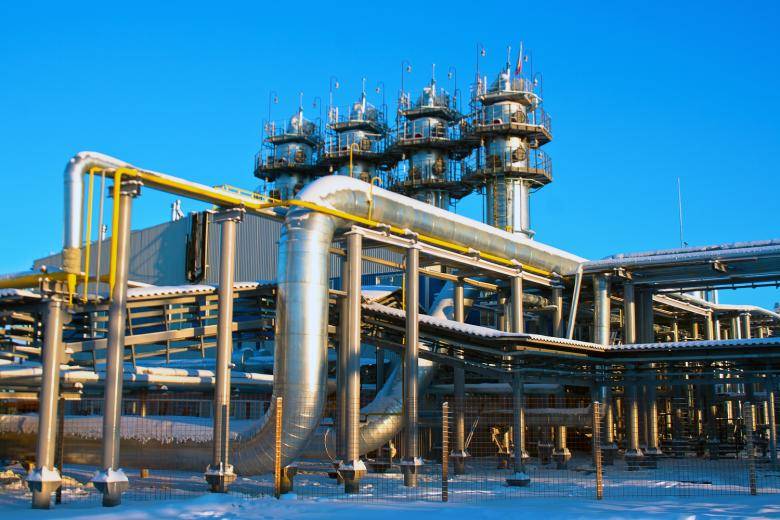 In response to the imposition of sanctions and the EU’s decision to accelerate the reduction of its dependence on Russian fossil fuels, Moscow has moved to restrict and, in some cases, completely halt gas supplies to European countries. However, despite the measures taken, the EU’s dependence on Russian gas remains high. Can Russia shut off gas completely? How prepared is the European economy for such a scenario?

Gazprom, Russia’s natural gas supplier, has suspended supplies to European countries several times in the past, with the memorable crisis of 2009 being a case in point. The abuse of energy as a political weapon can also be seen now, with Moscow reducing supplies on the pretext of technical or economic reasons.

Last year, the EU imported 155 billion cubic metres of natural gas from Russia, which represented around a third of its total consumption.  Currently, Russian gas flows to the EU mainly through three direct main routes – the Brotherhood, Yamal and Nord Stream I pipelines. The Central and Eastern European countries, with their lack of geographical diversification of suppliers and lack of access to the sea, are the most dependent on Russian gas and the most at risk.

Gazprom halted gas supplies to Poland and Bulgaria completely in April, as both countries refused to pay for gas in roubles and were among the most vocal critics of the Russian invasion of Ukraine. France and Italy will also receive reduced supplies, just after their leaders had visited Kyiv and expressed support for Ukraine’s entry into the Union. In addition, the German government fears that Russia could take the opportunity in July to stop gas supplies via Nord Stream I altogether for technical reasons during the annual maintenance period. There are leaks in the Russian media that Nord Stream I supplies could indeed be halted, with the pipeline already being used at only 40% of its capacity.

European countries have responded to the situation by actively preparing contingency plans. The REPowerEU plan adopted in March 2022 sets a target of reducing Russian gas imports by two-thirds. Some countries are already reporting a return to coal use. This is the case of Austria, which is returning in a limited form to restarting the production of heat and electricity from coal, which it shut down back in 2020. Germany is also reporting a return to coal restoration in order to save natural gas, including the provision of state payments to industry for not using natural gas.

Plans to complete interconnectors (such as the Polish-Slovak, Greek-Bulgarian, Polish-Danish and Polish-Lithuanian interconnectors), LNG terminals in coastal areas (such as Cyprus, Greece, Germany, Poland), as well as the implementation of planned pipelines (such as EastMed) have also been accelerated. The European Union has allocated ten billion euros for the completion of these interconnectors under the REPowerEU plan, while it is also negotiating gas supplies from other suppliers across the Mediterranean Sea. But in many cases, such as Israel’s, a number of problems with missing infrastructure will first need to be resolved, requiring huge investment and also a lot of time.

In the meantime, European states are trying to react and prepare for the winter and the possible complete stoppage of gas supplies. It is also not in Russia’s interest for European states to hedge their bets and fill their gas storage facilities in the coming months. These should be filled to 80% of capacity by the first of November, according to the European Commission’s plans. At present, the capacity is about half full.

However, the misuse of energy as a weapon is a double-edged sword – although Europe is heavily dependent on Russia for energy imports, Russia is also dependent on fossil fuel exports to Europe. At the moment, we are not only seeing diversification on the part of the EU, but also on the part of Russia, which is increasing its supplies to Asian countries. The problem that may threaten and slow down Russia in this endeavour is the technological and financial problems of potential Asian buyers. Thus, in the short term, Asian buyers are not in a position to replace EU buyers. In an optimistic scenario for Russia, exports to the Asian market would reach around 60% of current exports to Europe in 2030 alone. Given Russia’s position, it seems unlikely that it will stop exporting gas to Europe altogether in order to put more pressure on the EU, but it cannot be ruled out that there will be a further reduction in supply, which will cause prices to rise again. This puts Russia in a position of power.

Russia is using the EU’s dependence on fossil fuel supplies as a political weapon to weaken the unity of the Union by stirring up discontent among citizens in individual member states and to force Brussels to reconsider its previous stance on the invasion of Ukraine. At the same time, in this way, it is also succeeding in deepening political divisions within countries, which it can use to its advantage in the future, in the sense of the slogan ‘divide and conquer’. Should Russian supplies stop completely during the course of this year, which cannot be ruled out, even the maximum diversification of other suppliers will not save the European Union. It will therefore be necessary to reduce gas consumption significantly. The key for Europe will thus be to maximise energy efficiency as a long-term solution and to reduce energy consumption as a necessary short-term solution.