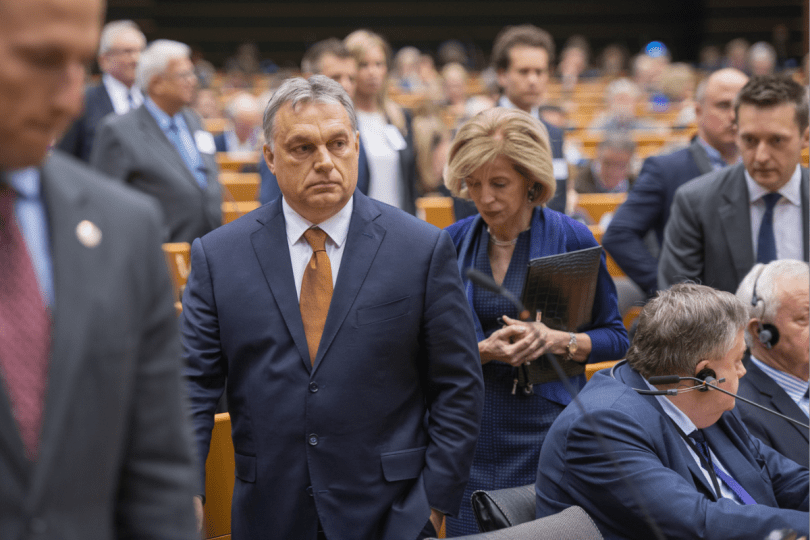 At the beginning of December, the situation between the European Union and Hungary escalated. After Brussels recommended freezing €7,5 billion from the EU budget meant for Hungary due to its lasting problems with democracy and the rule of law, Budapest responded by blocking the common EU financial aid for Ukraine in the amount of 18 billion €. After a few days of stalemate, both sides were able to reach an agreement.

Budapest agreed to support the aid for Ukraine, which was a massive relief for the European Union. For Brussels, this was the better outcome – the EU will support Ukraine as a united bloc, not as 26 separate countries. Thanks to the agreement, the Union will also be able to pass the Global Tax Rate Bill about the minimal effective corporate tax rate. If the deal had not passed, it would have been a blow to the image of the EU since it was Brussels that was lobbying for it in the international community.

The deal was also previously blocked by Poland. However, Warsaw dropped its objections right before the vote. It is not the first time Warsaw used this tactic to get what it wanted. While the first Polish veto aimed to force the European Commission to approve the Polish pandemic recovery spending plan, it is not known what the reason for the veto was this time. Some of the EU diplomats believe that the goal could have been to put pressure on other EU member states regarding the ninth package of sanctions against Russia, which Warsaw wants to push through. Alternatively, the veto might have resulted from domestic political disagreements in Poland.

The deal between Brussels and Budapest shows how easy it is for a single state to block the common decisions or even blackmail the Union. Although the aid for Ukraine and the Global Tax Rate Bill were unblocked, there are still areas where Hungary could apply this tactic again, such as in the case of Swedish and Finnish applications to NATO – Hungary remains the only EU member state that did not ratify them. Recently, Orbán promised that the applications will be ratified at the beginning of next year.

The deal between the European Union and Hungary is considered to have more advantages for the Hungarian side. The initial plan of the European Commission was to freeze €7,5 billion from the regional funds, which would account for 65% of all the money meant for regional development for the years 2021-2027. For lifting the veto on the two points, Budapest achieved that only 55% of the money will be frozen which equals €6,3 billion. However, it still poses a problem for the Hungarian budget since €6,3 billion corresponds to roughly 3% of the Hungarian GDP.

Hungary also got approval for the post-pandemic recovery fund. However, it will get €5,8 billion only under the condition that it passes 27 massive reforms. These include reforms to strengthen judiciary independence, new rules on auditing and reporting on EU funds, the creation of new independent anti-corruption bodies, and stricter rules to crack down on conflicts of interest.

For now, it looks like Hungary is willing to cooperate with the European Union. There were concerns that Budapest could block the ninth package of sanctions against Russia, but they have not materialized. Hungary did not protest, and after Poland and Lithuania dropped their objections that the deal allows for too many exceptions (for example, regarding the export of Russian fertilizers), the sanctions were approved on December 15. Still, there is a risk that Hungary could again stall or block important decisions for its own benefit.