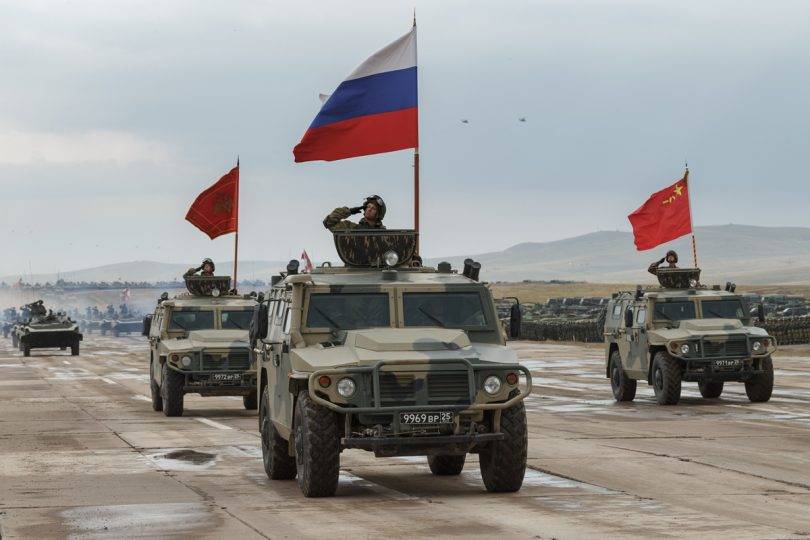 On Thursday, September 1, military exercise Vostok 2022 started in the eastern part of Russia. Approximately 50 thousand soldiers and five thousand weapons units, including 140 aircraft and 60 ships should take part. It should last for a week ending on September 7. The exercise is happening on various training grounds in Siberia, Far Eastern Federal District and in the Sea of Okhotsk and Sea of Japan. There should be soldiers from 14 countries in Asia, Africa and America. Since the start of the invasion of Ukraine, Russia has pursued closer cooperation with these parts of the world to show that it still has some allies. One of the aims of Vostok 2022 is to send a clear signal to the West.

The cooperation between Russia and China has been growing in the last few years, and it is not surprising that Beijing is participating in this exercise. Both countries did go through a few similar events, one of which happened earlier this year. Military analyst Alexander Gabuev stated that by the continuous cooperation on military manoeuvres, Beijing signals to the western powers that if they continue to press China, it will have no other choice but strengthen the strategic partnership with Russia. According to the Chinese Ministry of Defence spokesperson, the Chinese presence in the exercise aims to “deepen practical and friendly cooperation with the militaries of participating countries, enhance the level of strategic coordination and strengthen the ability to cope with various security threats.” Chinese experts also stated that one of the other aims is to “deal with the potential threat from the direction of the Pacific Ocean.” Since the Russian invasion of Ukraine began, the ties between both countries grew stronger as China increased its import of Russian oil, gas and coal and refused to condemn Russian actions politically. Shortly after the war began, information appeared that the Chinese president knew about the planned attack and asked his Russian counterpart to wait till the Winter Olympics in Beijing were over. Moscow and Beijing rejected the creation of a military alliance. However, it is not possible to rule out this possibility in the future.

Along China, Mongolian forces also participate in the exercise. The country lies between Russia and China and does not have much choice in terms of foreign policy. Moreover, Mongolia economically depends on both Russia and China.

Another big power taking part in the exercise is India. The White House expressed its “concerns about any country exercising with Russia while Russia wages an unprovoked, brutal war against Ukraine.” In reaction, the spokesperson of the Indian Ministry of Foreign Affairs Mr Arindam Bagchi said “India has been regularly participating in multilateral exercises in Russia, along with a number of other countries.” In Vostok 2022, India only participates in the infantry manoeuvres as it did not send its warships in order not to further escalate the tense situation with Japan. Even then, the Indian contribution is very limited as no more than 75 military personnel should come to Russia. In the long term, India is trying to balance cooperation with Russia and the USA. Even though it imports crude materials from Russia and participates in the Vostok 2022 exercise, India also participates in joint exercises with the US Army and sends humanitarian aid to Ukraine.

Belarus is a pawn in the ongoing invasion of Ukraine – in the first weeks, there were missiles launched from its territory. Also, Moscow installed its soldiers as a part of a so-called “military exercise” – and they later invaded Ukraine from the Belarussian territory. In the last months, a large military exercise has been taking place in a big part of Belarus and was a few times prolonged. That could be one of the reasons why Minsk sent only approximately 250 personnel from the mechanised brigade.

It is not a surprise that Tajikistan is also participating. This country probably depends on Russia the most of all the ex-Soviet republics (except Belarus). There are approximately seven thousand Russian soldiers in Tajikistan, and Moscow gives its assistance in both security and economical ways. Tajikistan is being hit hard by the sanctions against Russia, and it cannot be expected that its leaders would show anything else but friendship towards the Kremlin.