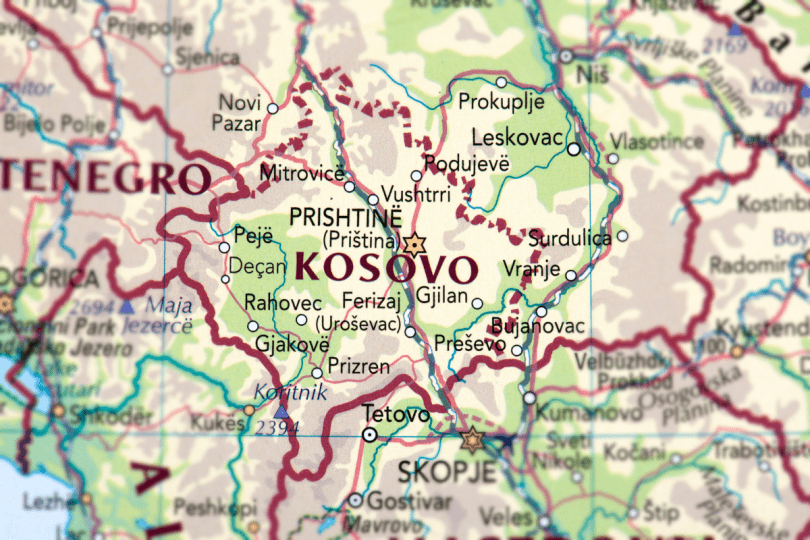 The relationship between Serbia and Kosovo has been strained since February 2008 when Kosovo unilaterally declared independence. Throughout the years the situation has been repeatedly escalating and de-escalating. An example can be a crisis from last year caused by licence plates issued by Serbia. A compromise was reached only after an intervention from the European Union and the United States.

Another and so far the last cause of escalation was the arrest of a former Serbian police officer in Kosovo which happened in December. This act sparked protests from ethnic Serbs who started blocking roads in the border area. For some time, angry Serbs also blocked border crossings between Serbia and Kosovo. Belgrade even requested permission from the NATO KFOR (Kosovo Force) peacekeeping mission to deploy approximately one thousand troops in northern Kosovo. This request was rejected with the reasoning that there is no need for the Serbian armed forces to return to the territory of Kosovo.

The situation again calmed down only after the EU and the US had intervened, forcing  Kosovo to release the detained Serbian ex-policeman under house arrest. As soon as this happened, Serbian president Aleksandar Vučić promised on December 29 to quickly remove the road barricades – this happened by January 5 with the assistance of KFOR.

Even though the situation in recent months may seem very tense, if there should be a breakthrough in the relationship between Pristina and Belgrade, it will probably happen in the coming months. This is encouraged by a radical change in European security caused by the Russian invasion of Ukraine. To this day Serbia refuses to join western sanctions against Russia but the fact that Moscow is not able to achieve its goals in the armed conflict begins to put Belgrade under pressure.

On the other hand, Kosovo is slowly getting closer to the European Union. The Council of the EU and the European Parliament in December agreed that by January 1, 2024, Kosovo will be in a visa-free regime with the EU countries. Pristina also officially applied for EU membership – right now it is just a formality, however, as candidates cannot become members if they have territorial disputes with their neighbours. Another obstacle is also the fact that some EU member states do not recognise Kosovo as an independent country.

Representatives of the EU and the USA are planning to visit the two Balkan countries. France and Germany prepared a draft of a binding proposal that should bring Belgrade and Pristina closer. A few positives are emerging for Kosovo from this draft. First of all, mutual recognition of national symbols and documents, including passports, diplomas, licence plates, and customs stamps. Another part of the document states that Serbia will not object to Kosovo’s membership in any international organisations. Serbian efforts in this regard are most evident in the issue of Kosovo’s membership in the United Nations. For a long time, Belgrade has been trying to get UN member states to withdraw their recognition of Kosovo’s independence. An example of these efforts is a statement from last October when Ivica Dačić, Serbian minister of foreign affairs stated that Kosovo will not become a member of the UN because it cannot get more than 83 votes in their favour. Moreover, accession of new member states would have to be approved by UN Security Council members amongst which are Russia and China. After the Russian invasion of Ukraine, Pristina also intensified its effort to become a member of NATO.

In the draft of the new document, the representatives of the international community also included some points that should make Serbia more likely to sign it. One of them is the formalisation of the status of the Serbian Orthodox Church in Kosovo or Serbian autonomous self-government for the Serbian community in Kosovo, including the possibility of financing from Belgrade. This condition has been expected to be fulfilled since 2013 and if the relationship between these two Balkan states shall get warmer, it is probably time to start cooperating. Otherwise, both of them could face the future of some of the poorest European countries.